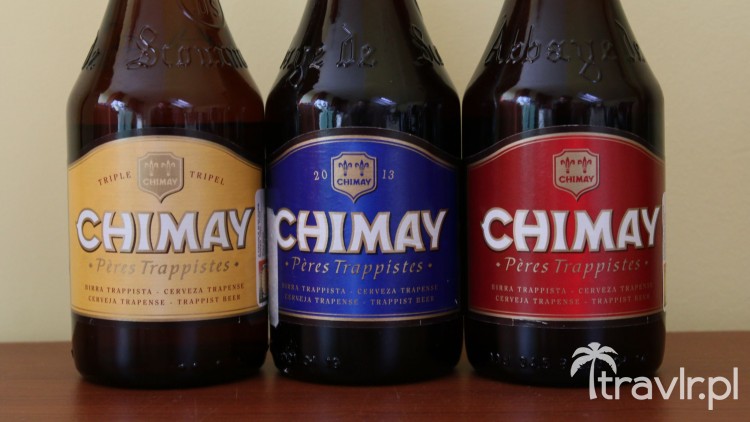 Belgian beer is very well known worldwide. As a matter of fact, Belgium is famous for its brewing traditions. You can find here a whole range of the most interesting kinds of the golden beverage, from low-alcohol and table beers to pilsner and bock. The average strength of the drink ranges from 7% to 10% of alcohol content. Be careful then.

Monk beers are said to be the best Belgian beers. The variety of flavours, aromas, colours and consistencies can be a real treat for the enthusiasts of the drink. The most popular however, is the Trappist beer. It is brewed only in monasteries and under strict control of monks. I was offered three different kinds of the Trappist beer: Chimay Red, Triple and Blue. I chose Chimay Red because I  had heard that it is brewed according to a very old recipe, which dates back to the 19th century. The choice was spot on – the beer contains 7% alcohol, has a creamy consistency, slight apricot aroma and an interesting, reddish colour. It tastes deliciously!