Leiria and Alcobaca – why are they worth visiting? 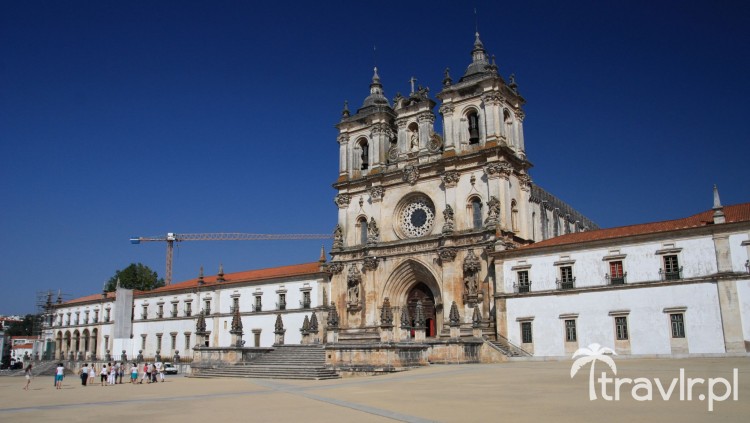 Leiria is a fascinating city both historically and geographically. That is why I decided to spend a night here before setting off to Alcobaca and to Fatima.

In order to reach Alcobaca situated over 30 kilometers from Leiria I had to wake up early in the morning. Fortunately, it didn't take long to get there and I paid only 7 Euro for a bus ticket. I spent 6 €  for an entrance ticket to the Alcobaca Monastery (there is a possibility to purchase a ticket for 15 € that allows you to visit Alcobaca, Batalha and Convento de Cristo Monasteries but I didn't go for it). Without doubt it was worth seeing. 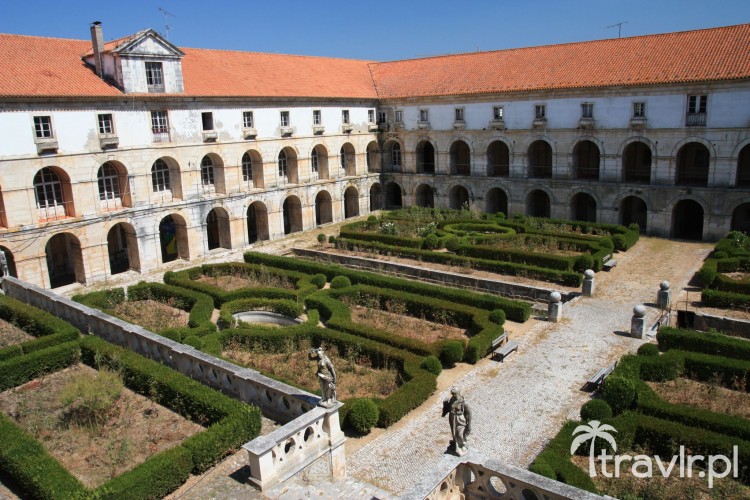 The Alcobaca Monastery is one of the most recognized monasteries in Portugal, built in the 12th Century to commemorate Alfonso Henrique's victory over the Moors. It combines two architectural styles: Gothic and Baroque.

Its architecture was famous for its emanating power and splendour so scandalous for the medieval higher classes. Moreover, monastic walls conceal one more secret. You may visit the 14th Century tombs of the two unhappy lovers who were unfairly and brutally separated by fate.

The tombs of King Pedro I and Ines de Castro in the Alcobaca Monastery are located in  separate transepts so that on the day of Resurrection the lovers could look into each other's eyes. Many bards praised overwhelming love of King Pedro I and Ines the Castro which was brutally terminated by Alfons IV, Pedro's father, who did not approve of his son being married to the Spanish noblewoman for fear of the future of dynasty. He was affraid that Ines' brothers would want to seize power in Portugal. Nevertheless, Pedro and Ines got married in secret. Then king Alfons gave an order to assassinate his son's beloved. 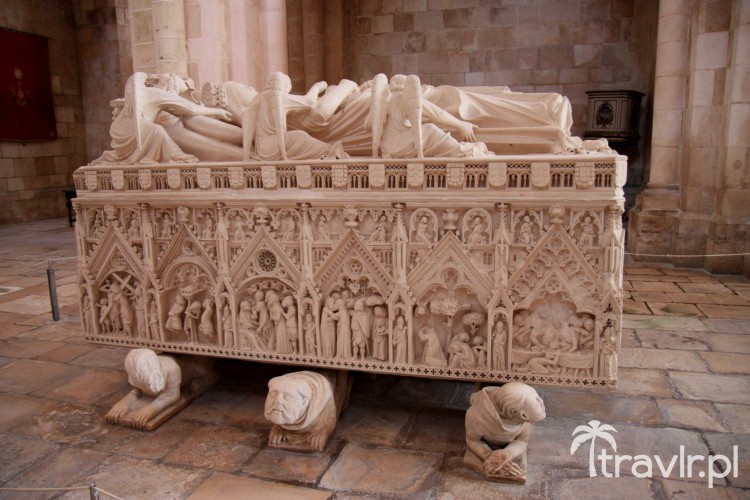 Pedro I was in dispair after the death of his beloved wife. The moment he took over the power he sentenced to death Ines' assassinators and he himself took their hearts out. Later he requested the exhumation of her corpse and she was crowned post mortem. Subsequently, he ordered to pay homage by kissing the decaying hand of his beloved. 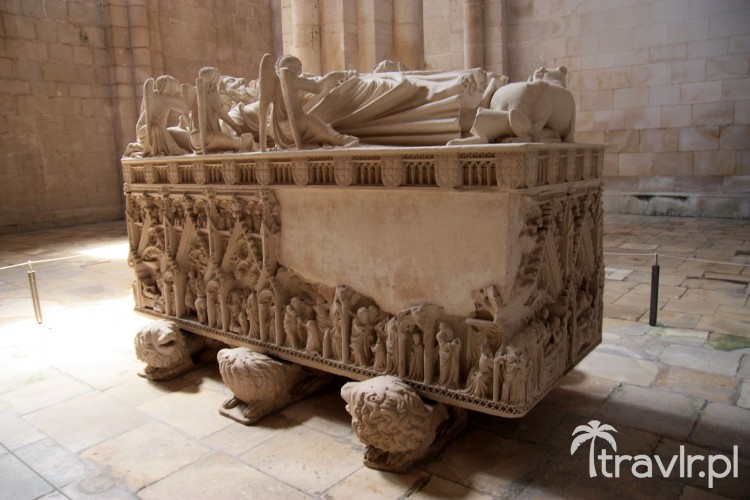 The Tomb of don Pedro Alcobaca

This is an instance of a medieval type of story: romantic but at the same time terrifying. I had to stop musing over the story because my attention was drawn to other attractions. In the Alcobaca Monastery one may also visit a huge kitchen where the friars used to live and where the Alcoa river flows through a specially built canal. 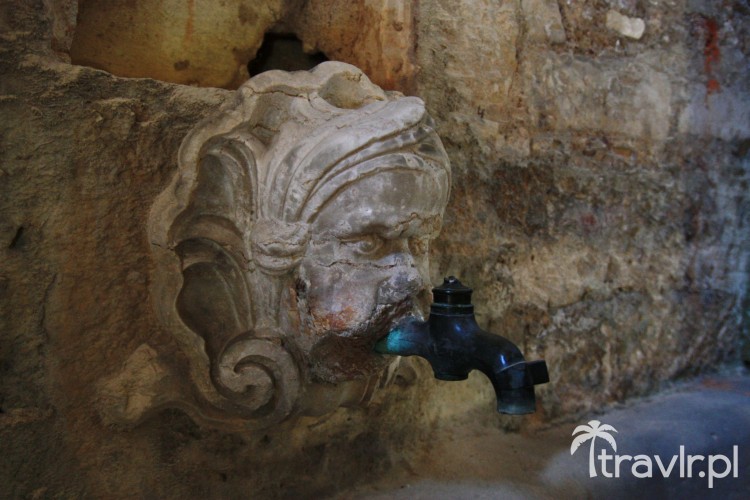 You may also see Room of the Kings (Sala dos Reis) famous for a series of statues of all Portuguese rulers with the statue of Joseph I (who died in the 18th C) being the last in the collection. Moreover, it is worth taking a stroll in the Cloister of Silence (Claustro do Silencio) which was favoured by the king Dinis I. 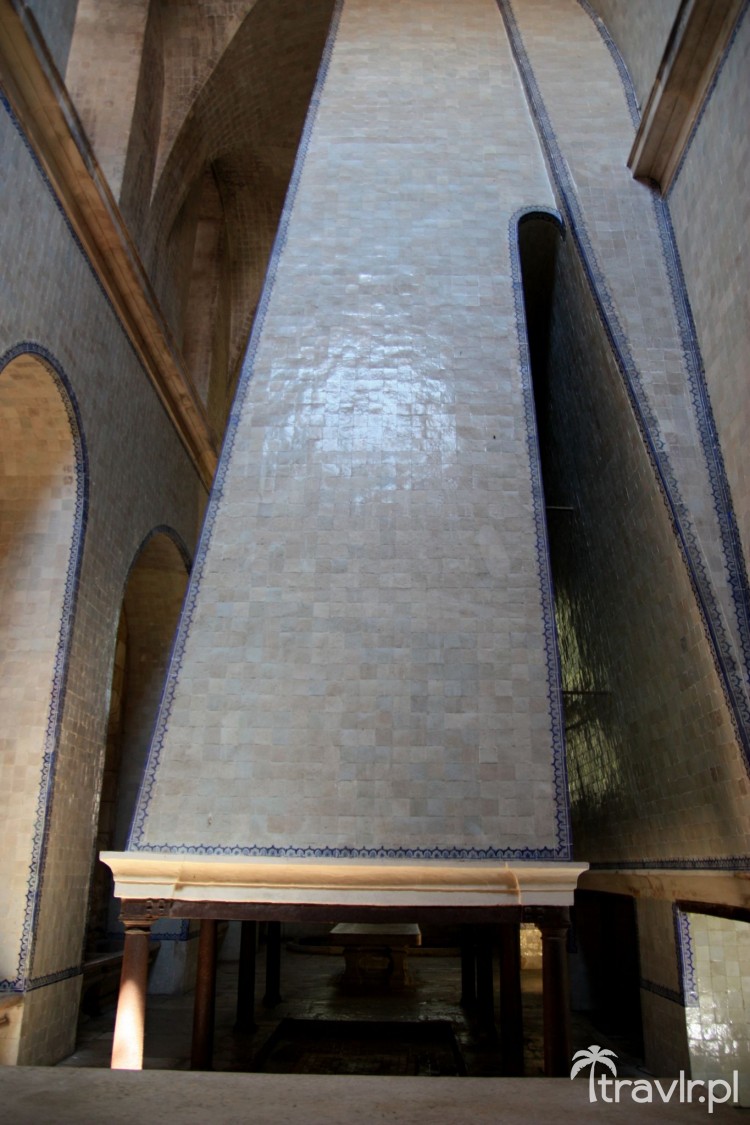 Impressive chimney in the kitchen in the Alcobaca Monastery